Are you a young dude working your a*s off right now to make end means? Perhaps you feel that your 9-5 job is too demanding or difficult. You would be surprised at how much work the little creatures around you do each day. Lots of them even perform works similar to those of you and me.

For example, some birds work as interior decorators. You might have a different opinion when you realize the workload of these creatures. Right now, we’ll be going into a journey to visit the animal kingdom’s most dedicated workers. We are going to take a look at Just 10 of these workaholics.

Also read: 5 Digital Skills you need  to learn to travel to CANADA

Ants are among the planets’ most dedicated workers. They are an organized group forming colonies. This colony consists of different types of ants, who have different functions in order to contribute to the well-being of the entire colony.

They work tirelessly day and night. The colony consists of the Queen whose main function is to reproduce larvae that will then develop into ants later on.

The queen can live for a very long time. With the Queen is the King. The king’s main function is to mate with the queen. Unlike the queen, however, the king dies shortly after mating.

Then we have the workers. These incredible little creatures are responsible for gathering food, feeding both the queen and the larvae as they grow.

They are well known for their ability to lift items and weights very much bigger than they are. They never tire to work in and out. Finally, we have the soldiers that are responsible for guarding the queen, the king, the workers, the larvae, and the foods kept.

These ants perform these tasks every single day in order for them and their colony to survive.

And they even help to improve the ecosystem. If you work in a factory. Learn from the ants. They are called factory workers. Do your part very well, and let each person do his or her own part very well in a factory and everything will run smoothly.

“Busy as a beaver” is a very common saying. These long-toothed mammals are very diligent and skilled at building dams in rivers or streams to create ponds suitable for their lodging needs.

They begin preparing their homes for winter as early as late summer into the fall. How do these spectacular nature engineers gather trees for their buildings? They gather woods by using their tails to prop them up while they chip away at tree trunks with their teeth.

Once a tree as broken off from the trunk, the beaver breaks it into smaller pieces that can they can carry off to their building site. They lay the sticks into the mud and they keep stacking layers of wood until the dam is built.

After the dam is built, the real work begins. The beaver starts to dig out its living quarters, called a lodge, and stockpiles wood to eat during the long winter months.

The beaver not only benefits itself. The dam built by a beaver can actually provide useful service to animals like ducks and moose, which make use of the ponds as a water source. Beavers are called the Builders.

If you are a lady or a mother and you have to work so hard to take care of your family and put food on the table, you don’t have to feel like you are the first one to do it. Don’t tire out. The female Lions are also working mothers of the animal kingdom.

These big cats bring food to the table but not only that they also nurture their young ones and sometimes care for the cubs of other lionesses.

The male Lions are mainly concerned about protecting their families from predators, while the female lions do the majority of the hunting.

They are hunters who stalk their prey silently within 30 meters before they attack. But `they work as a group when hunting. If you feel that as a lady you can’t work alone, they work in a group with like-minded ladies. 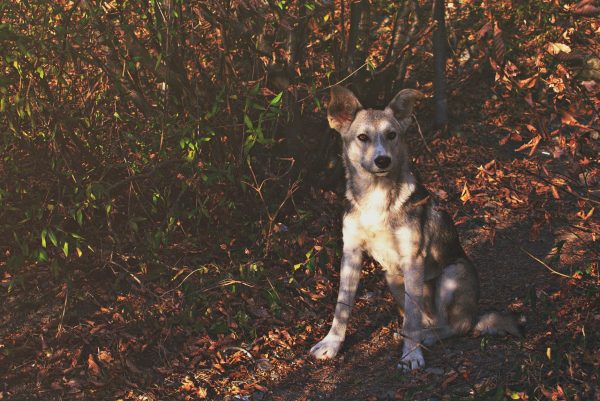 They often hunt in packs. And they do it in the form of a relay race. The first pack of wild dogs run close to the animal being chased while the other group or pack run steadily behind them.

When the first pack tire out the other pack run ahead of them and captures the prey.

These species play a very important role in the ecosystem by removing sick or injured animals. They also believe it takes a village to raise their young since the entire pack which usually consists of about 6 to 20 members take part in raising the pups.

If you are looking for another decorator who can make the most talented interior designer look like an amateur, then the male bowerbird is the right creature to look for. 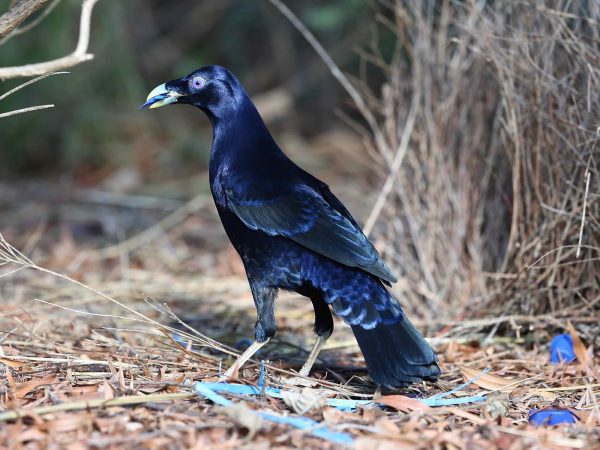 This hopeful bachelor doesn’t just build a nest for his potential mate; he lavishly adorns it, too — all in hopes of catching a female bowerbird’s attention. When designing, he arranges pebbles, shells, flowers, and other objects to stage the nest.

And according to recent studies published in the journal Current Biology, he even takes it one step further.

Researcher John Endler explains that male bowerbirds actually stage the nest so that, when viewed from a specific spot, the arrangement makes objects — including the bowerbird — look bigger than they really are. 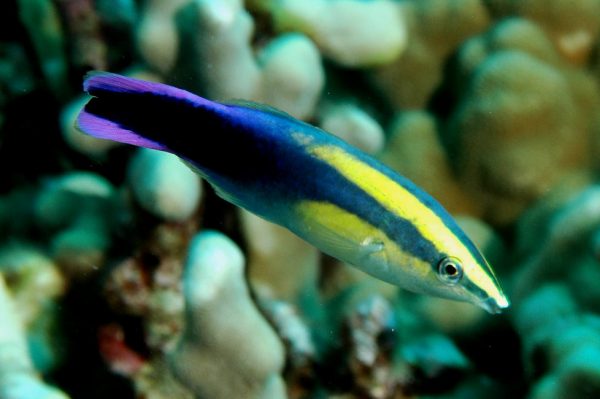 These tiny fish average only 5 to 7 centimeters in length, but they spend all day, every day working to rid other reef fish of unwanted parasites. They really get into the depths of their job, cleaning fins, tails, and even mouths.

Surprisingly, they even clean much larger fish that might normally be considered predators. But the cleaner wrasse’s job is so important that, according to the Indianapolis Zoo, large fish are willing to forgo a snack in order to get a good cleaning.

Reef fish get clean and the cleaners get a full belly, making this work arrangement a win-win.

When most people hear termites, they immediately think of destruction, but these tiny wood eaters actually serve a purpose. Termites appear to operate within a social system very similar to that of ants. 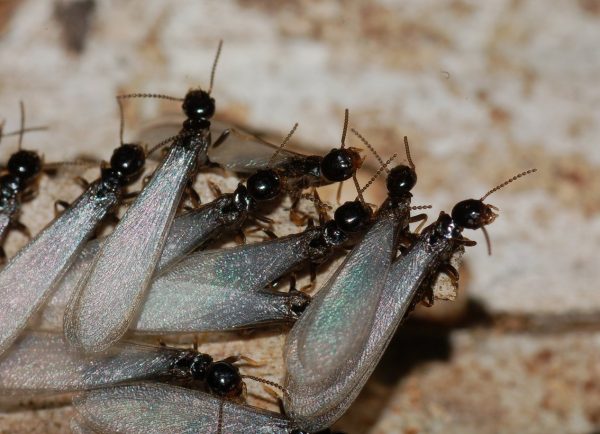 The worker termites are white, or often appear transparent, and are first on the scene when a new wood source is found. They are responsible for locating food resources, excavating the wood, and caring for young termites.

Soldier termites are physically mature and can be identified by their yellow to brown heads and black mouths. Their main responsibility is to protect the colony from enemies like ants or termites from competing colonies.

The only winged termites in a colony are called alates, or swarmers, and they are in charge of starting new colonies.

While billions of dollars are spent every year trying to control termite infestations, these little demolishers are an important part of forests’ ecosystems, since they break down cellulose in wood for consumption by plants and animals.

Most people who are into composting already know the benefit of earthworms. They are nature’s farmers, plowing the soil as they tunnel through it.

The United States Department of Agriculture (USDA) estimates that it takes earthworms 10 to 20 years on average to turn over 15 centimeters of soil.

The tunnels they leave behind also serve a purpose by circulating air and water into the soil, keeping it fresh and nutrient-rich.

Earthworm droppings, called castings, are also essential, as they are rich in nitrogen, calcium, and other nutrients that are indispensable for a healthy ecosystem.

The male emperor penguin could be considered Father of the Year when you consider the lengths this Antarctic animal goes to for his hatchling. 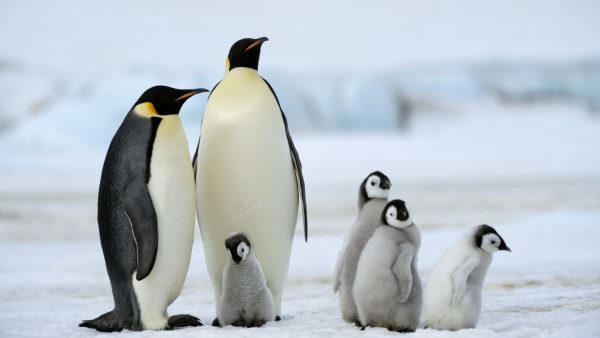 After traveling an average of 80 kilometers from the ocean to a hatching ground, penguins mate, and the mother produces an egg that she passes to the father.

While the mother returns to the sea for food, the father sits on the egg for around 64 days until it hatches.

Once the baby penguin emerges, the father keeps it warm and even feeds it nutrients secreted from his own esophagus until the mother returns.

Upon the mother’s return, parental duties are exchanged so the male penguin can return to sea for his first meal in over four months. By December, the pack ice begins to melt, revealing the ocean underneath.

This happens just in time for the young emperor penguins, which are finally able to swim and collect food on their own.

Much like any large company, there are a variety of roles that help the business inside the beehive run smoothly. The CEO is the queen bee, and her main responsibility is to reproduce more bees so the hive continuously has new workers. 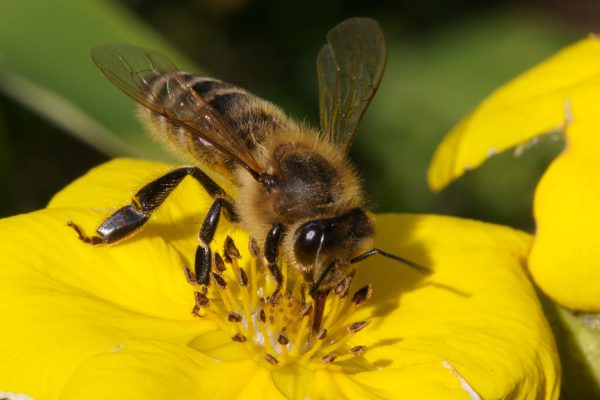 They regurgitate the nectar over and over to remove most of the water, which produces honey. Worker bees also provide heating and air-conditioning for the hive, warming it in the winter by waving their wings and cooling it by sprinkling water on the honeycomb.

There are no vacations or happy hours at the end of a long day — like the rest of the animals in our countdown, their business runs around the clock with no overtime pay.

How to Become an Affiliate Marketer in Nigeria

How to Make Money on Esty in Nigeria

How To Make Money With Cryptocurrency & Bitcoin In Nigeria

How to Make Money Online Every Day in Nigeria