Cristiano Ronaldo earned $105 million before taxes and fees in the past year, landing him at No. 4 on the 2020 Forbes Celebrity 100, one spot above his top rival in the sport, Lionel Messi, and making him the first soccer player in history to earn $1 billion.

The 35-year-old striker is only the third athlete to hit the mark while still playing following Tiger Woods, who did it in 2009 on the back of his long term endorsement deal with Nike NKE, and Floyd Mayweather in 2017, who’s made most of his income from a cut of pay-per-view sales for his boxing matches. 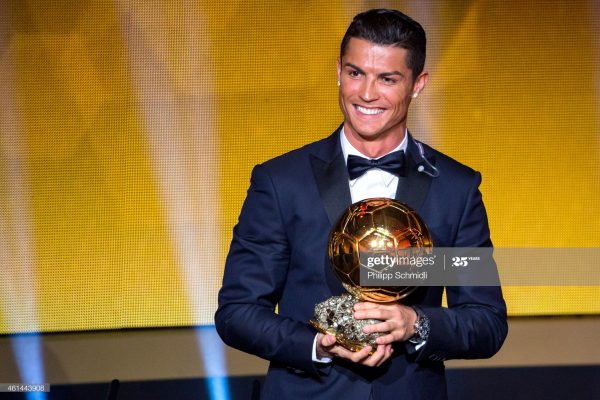 Ronaldo, the first to do it in a team sport, has made $650 million during his 17 years on the pitch, and is expected to reach $765 million in career salary after his current contract ends in June 2022. Messi, who began playing at the senior level three years after Ronaldo, has earned a total of $605 million in salary since 2005.

The only team athlete to even come within striking distance of those figures was former New York Yankees slugger Alex Rodriguez, who retired in 2016 after 22 years in MLB having earned $450 million in salary.

Not even soccer legend David Beckham came close, ending his career with total earnings of $500 million, half of which came from off-pitch endorsements. 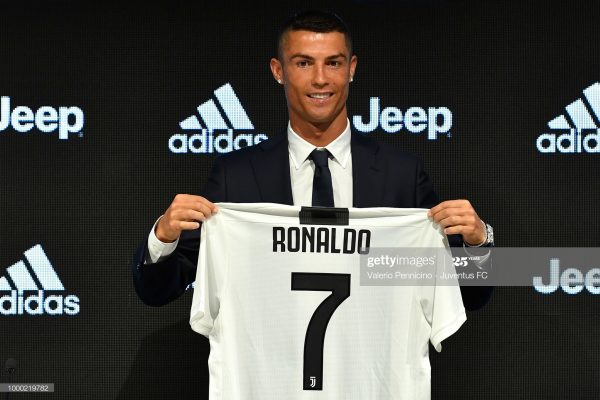 “Cristiano Ronaldo is one of the greatest players of all time, in the world’s most popular sport, in an era when football has never been so rich,” said Sporting Intelligence’s Nick Harris, whose Global Sports Salaries Survey ranks teams worldwide based on total salary expense. “He’s box office.”

Ronaldo and Messi’s head-to-heads heated up in Spain’s La Liga in 2009, where Ronaldo played for Real Madrid and Messi for Barcelona. 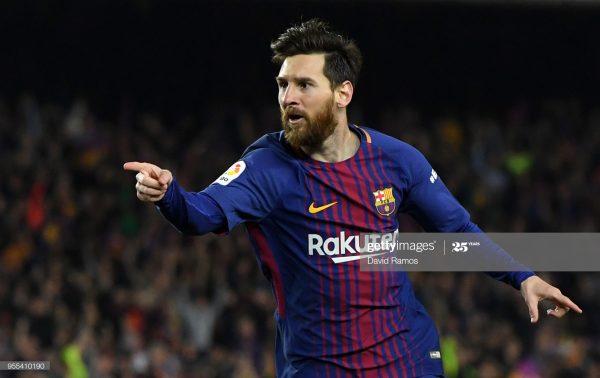 Their faceoffs on the pitch ignited a nine-year battle for bragging rights as the best — and top-paid — in the sport, a highly personal tit-for-tat that had them re-negotiating contracts in lockstep and monopolizing the game’s highlight reel.

The rivalry was as entertaining as it was profitable, coming just as clubs around the world were seeing soaring attendance and an influx of television money.

The two were perfectly matched for battle, on and off the pitch: Ronaldo perfected a shirtless, stylized showmanship while Messi played the quiet game, always a tad unkempt and as prolific a scorer as he was a wingman. Ronaldo strutted after every goal. Messi was a master at thanking his teammates. 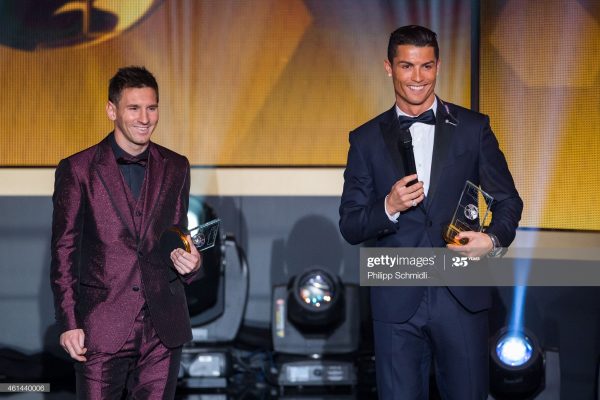 Both backed it up. Barcelona won the La Liga title six times and two Champions Leagues trophies with Messi on the squad. Real Madrid won the Spanish title twice and the Champions League four times with Ronaldo.

During their years in the league, each player nabbed four Ballon d’Ors (soccer’s MVP) and their El Classicos, the nickname for their clubs fierce clashes, were record-setting television events worldwide. 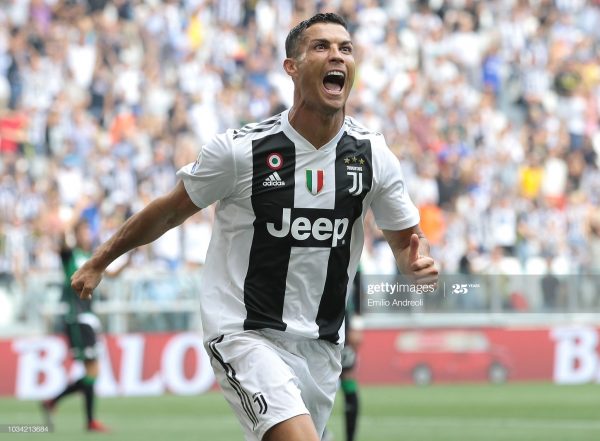 But when it came to leveraging celebrity, it has been no contest. Guided by Jorge Mendes of Gestifute, one of the world’s most powerful agents, Ronaldo has amassed an ever-growing following of fans and consumers drawn to his poster-boy good looks, trend-setting hair styles, impeccable fashion sense and, lately, his softer side as a family man whose toddlers pop up on his social media posts.

In January he became the first person with 200 million followers on Instagram, part of a social media army of 427 million across Facebook, Instagram and Twitter that makes him the most popular athlete on the planet.

Nike pays him upwards of $20 million annually and signed him to a lifetime deal in 2016, making him just the third athlete after Michael Jordan and LeBron James hitched to the Swoosh for eternity. 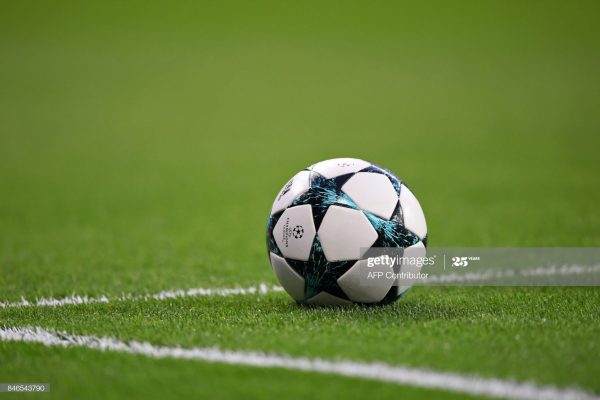 In May, the footwear maker announced the release of a 10-year anniversary edition of his first signature Mercurial Superfly and a child’s version to celebrate his son’s 10th birthday, complete with his famous celebration stance, signature and logo.

Ronaldo, Inc. even has a trademark — CR7, a mix of his initials and jersey number — part of a lifestyle brand that Forbes estimates accounts for a quarter of his annual endorsement income, including branded underwear that debuted in 2013 that was followed by a line of shoes, fragrances and denim wear. 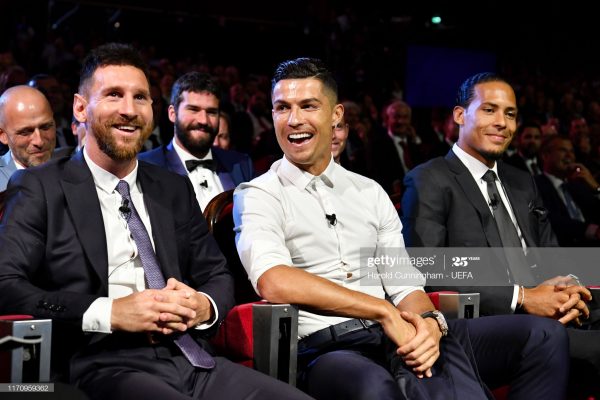 He partnered with Pestana Hotel Group in 2015 to open his first property a year later in his hometown of Funchal, Madeira, right above Museu CR7, a shrine for his trophies and a retail outlet for his merchandise.

He’s since added CR7 clubs with Crunch Fitness, posts workout routines on YouTube and has attached his name to a social media influencing degree offered by Italian online university eCampus.

And the rivalry is far from done.

Ronaldo’s 2020 earnings include a salary of $60 million, slightly less than last year due to a 30% pay cut he agreed to take this April as a result of the pandemic.

Messi, who earned $104 million in the past year after taking a 70% pay cut while coronavirus sidelined play, is poised to surpass $1 billion in all-time earnings as soon as next year, before his current Barca contract ends.

15 MOST SUCCESSFUL FEMALE ENTREPRENEURS IN THE WORLD