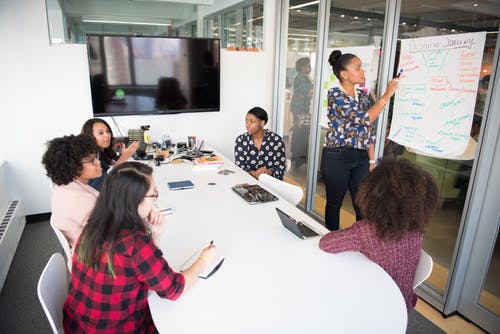 Imported education systems obtainable in once colonized African countries are almost the same many decades after the physical exit of the colonial lords from their different colonies.

Despite the fact that in many parts of the world, educators are looking to revolutionize education systems in order to meet present realities in their societies, many higher institutions of learning in Africa operate models that strictly adhere to the age-long standards set by the bringers of education.

It is a cliche to say that largely, such models no longer address the exigencies of present-day African societies and that of the global world.
Decades ago, a University degree in the ‘just name it’ course would conveniently earn the bearer a decent job that would not only put food on his table but afford him a ‘good life.

In today’s digitized world, however, efficiency in the use of a computer, skills in internet marketing, social media know-how, and other related skills, not University degrees will at the very least earn any smart chap a living.

This is however not to say that University degrees are of no use; they are, but only when the bearer of such degree is armed with valuable skills that employers are looking out for in candidates.

The erroneous assumption that only a University degree is king; and nothing short of a degree should be reckoned with is indeed very misguiding and dangerous.

It is this erroneous lie that many of our Universities and our societies at large sell to the young and impressionable African students many of whom are oblivious of what’s obtainable in the Job market.

The present rate of unemployment on the continent cannot be separated from the dismal lack of practical skills among graduates from various higher institutions.

The world now records drastic changes in ways things are done and the nature of jobs, all the more with the profusion of the internet and its consequential webbing together of the whole wide world.

These changes in the nature of jobs interestingly have enormous implications for Africa, a place where there are more than 100 million mobile internet subscribers – and still counting.

With availability and access to the internet, young Africans are better positioned as job creators rather than pitiable job seekers at the mercy of self-serving employers.

Nevertheless, the vast new opportunities available on the continent are interestingly and exclusively the reserve of the upwardly active and technologically inclined young men and women who understand the place of education in global discourses but are neither enthusiasts of formal education devoid of practical skill acquisition nor skilled and talented stark illiterates.

As many young Africans as eligible exit in-between these two extremes and debunk the unstated suggestion that higher education is the solution to mankind’s basic need for employment, have their hearts prepared to grab opportunities that they will largely create by themselves.

It is vital that African students understand the importance of education, it is also of equal importance that these ones understand that practical and valuable skill(s) is no match for theoretical knowledge Universities stuff.

It will be foolhardy then for any student aspiring success in any aspect of life to ‘put his egg in one basket’; to pursue higher education endlessly at the expense of his/her innate talents and skill acquisition and that’s what the school system is structured to achieve – to gamble with young people’s lives and jeopardize their future.

The onus lies on each and every African student to reject all attempts by this structure called ‘higher institution’ to mould him or her into a vessel that would not be useful to the society and to him or herself.

In Search of Self: Tips for Your Self-Discovery Journey

ABOUT US
Preparing you for a successful life as a student and beyond
FOLLOW US
©
error: Content is protected !!
MORE STORIES
OPPORTUNITIES