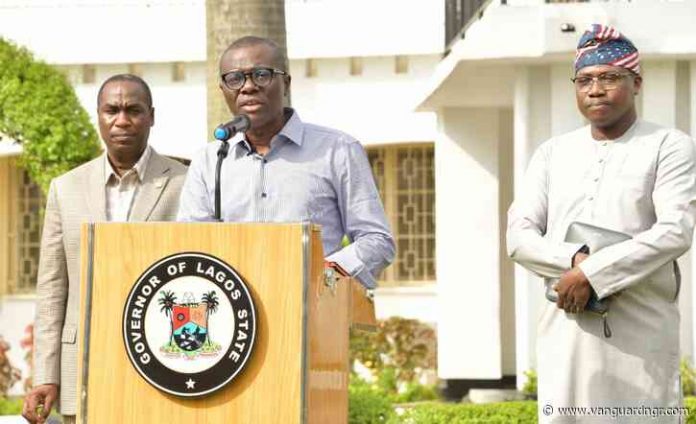 The Lagos State Government has announced the waiver of loan interests on loans given by the Lagos state government to local entrepreneurs in the state for the next three months.

According to Governor Babajide Sanwo-Olu, this move is part of the provision for palliative measures the state is putting in place to make life easier for Lagosians as they observe the next 14 days lockdown.

The effort will also help entrepreneurs sustain their business during the lockdown and beyond.

The statement was made during the press briefing of the Lagos State Task Force on COV1D-19 on April 14th.

The Governor also announced that the state will make provision for food kitchen whereby 100,000 youths will be fed daily. The feeding program according to the Governor will be made possible through leverage on food vendors across the state.

With the announcement of the extension of the lockdown in Lagos, Abuja and Ogun states for the next 14 days, the Federal Government hopes the spread of the virus will drastically reduce.