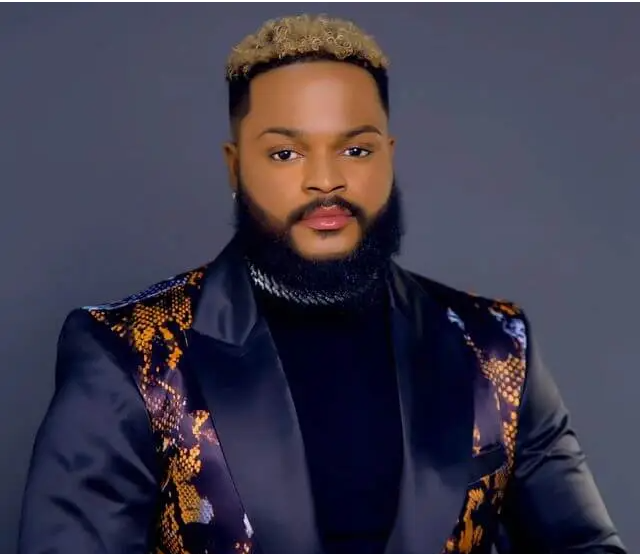 The rest of the votes was shared among Liquorose, 1st-runner up, Pere who was the second-runner up, and Cross who was the third runner up in the BBNaija “shine ya eye” 2021. finale.

For lovers of the BBNaija reality TV show and the BBNaija Season 6 followers, you would have noticed White Money, one of the top contestants of the Shine Ya Eye season.

Some of you really want to know more about White Money; what he does for a living, who he is, is White money a graduate, where is white money from? Etc.

White money is a 29-year-old Nigerian born in Enugu state in Nigeria where he spent most of his childhood. His real name is Hazel Oyezu Onuo.  He was born to Mr. and Mrs. Onou on July 2, 1992.

White money BBNaija is a businessman and versatile entrepreneur. He is a multi-talented young man who made it from the streets of Lagos to the biggest reality TV in Africa – Big Brother Naija. 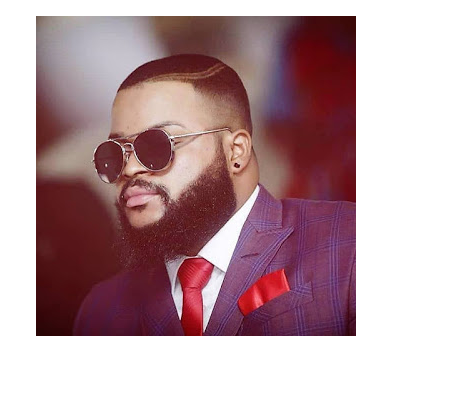 White money is 5”7 ft, fair in complexion, and a good-looking man by all standards.

White money BBN 2021 was born to the family of Mr. and Mrs. Onou in Enugu State, Nigeria. He is one of three children – all three boys and no girl.

Hazel Oyezu Onuo also known as Whitemoney grew up in Enugu State his hometown and spent many years there before moving to Lagos.

White money was not born with a silver spoon in his mouth and growing up for him and its ups and downs.

At some point, he was helping his mum with her food business where he learned most of his cooking skills that he is able to showcase in the Big Brother Niaja Shine Ya Eye house.

Even though growing up was not easy as a child, BBN White money is able to channel the lessons he has learned and into becoming a gentleman today. 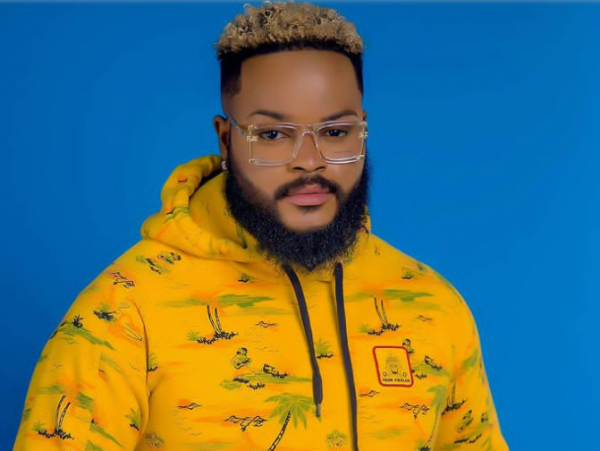 BBNaija White Money is one of the people’s favourties on the show as a result of his amicable personality.

The business-savvy White Money describes himself as an open-minded jolly good fellow who likes to have fun.

As he demonstrated in the house is a very easy-going person who loves to be happy.

He displayed his musical side a little in the Big Brother Naija house when housemates were given a piano and other musical instruments.

White Money also believes he has a great fashion sense and swag which according to him, “speaks for itself”.  Speaking of languages, White money speaks English, Igbo and Yoruba languages fluently.

White money has hustled and ran businesses around Ojuelegba and Yaba areas of Lagos where is popularly known. 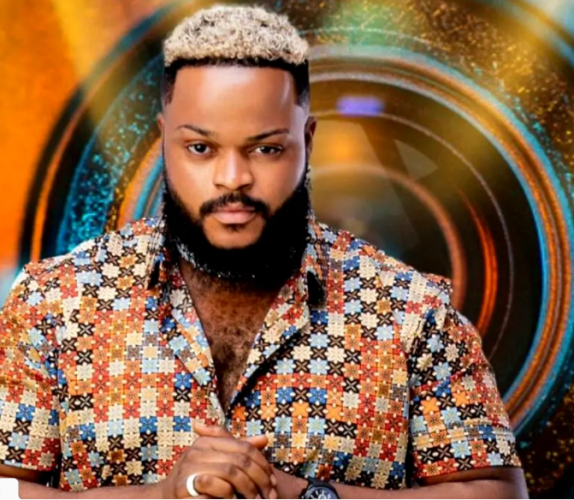 White money is a typical Igbo man who has a keen interest and passion for business. He has tried his hands in many businesses especially since he got to Lagos to make ends means.

From Okada riding business to music and drama, White Money has seen it all.

Based on some of the revelations he made in the Big Brother House, White money has done all sorts of businesses like including barbing, sale of hair products and retouching, shoe sales, jewelry, photography, transportation, comedy, singing, etc.

White money went further to say that he has done “photography, fixed tiger generators, and fixed telecommunications mast; all because of the hustle and bustle”.

At the height of his hustle, White money revealed that he has worked as an okada rider.

White money has also featured in some short comedy skits for Nigerian Comedians and has also had his imprint in the Nigerian music industry with a few songs to his name. 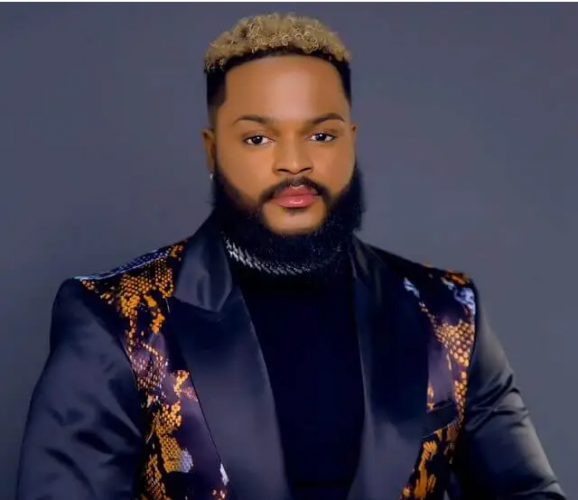 During the first day in the Big Brother House when housemates introduced themselves, one of the businesses that White Money said he was into was car importation of luxury vehicles.

As a fashion lover, White Money is also into fashion items like clothes and jewelries and he also makes lip whitening balm from scratch.

Indeed, White money can be called a serial entrepreneur.

The turning point in White Money’s career was when he started his shoe importation business which has proved very successful and is growing very fast.

He also says that the shoe importation business has also brought him in contact of celebrities and VIPs.

He hopes to launch his personal shoe line soon and take his shoe business to the next level. 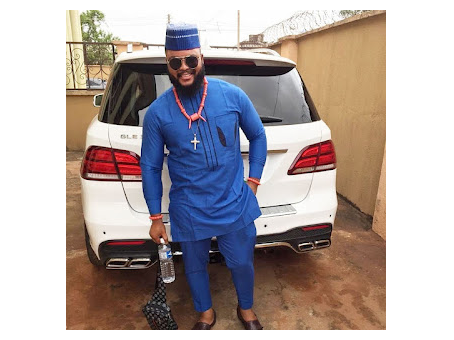 According to White money, he does not have a university degree, he only stopped at the point when he was writing NECO. However, his two siblings and brothers are very well educated.

Despite not being a graduate himself, WhiteMoney plans to marry a well-educated woman and train his kids to have the best of education.

White money is one of the contestants of the Big Brother Naija show Season 6 – BBN. Once he came into the house, he became one of the strongest housemates as people quickly fell in love with his character.

Known for his easy-going nature a lover of peace, White Money lived amicably with his housemates.

He put his cooking skills into good use by helping the housemates out with preparing all sorts of meals throughout the show.

Though some housemates saw this as a strategy, he was able to prove to the audience that his true nature. 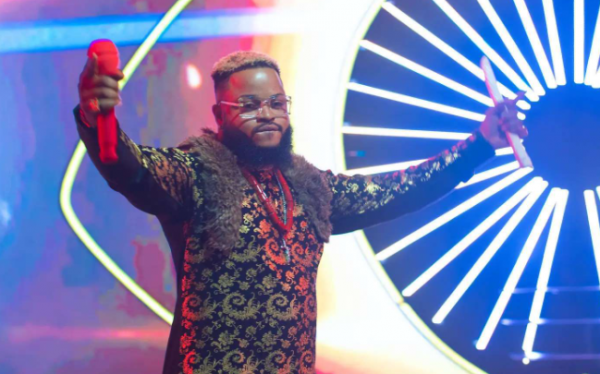 He brough many talents and skills to the forefront during the BBNaija 2021. Some of the talents he exhibited were cooking, singing, playing the piano, acting, dressing, and giving housemates loving advice.

White money is presently not in any relationship but according to him, he is open to finding love in the Big Brother Naija House.  He expressed his likeness for one of the housemates in BBN 2021, Jackie B but she did not really feel the same way. More so, Michael and Jackie became close in the house. 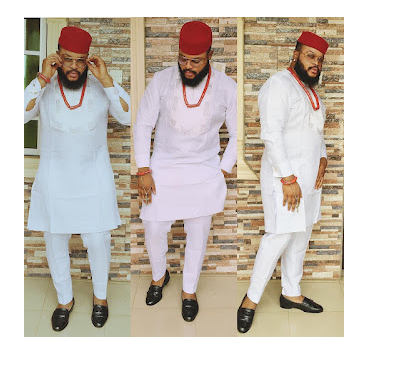 Let’s keep our fingers crossed for now while we see our things turn out for the businessman. We wish him the very best.

What does Whitemoney do for a living?

White money is a businessman who is into many businesses. Presently, he has a shoe importation business where he imports designer shoes in bulk and sells. He has been into many businesses in the past and he hopes to launch his show line soon to take his business to the next level.

White Money is a 29-year-old Nigerian born in Enugu state in Nigeria where he spent most of his childhood. His real name is Hazel Oyezu Onuo.  He was born to Mr. and Mrs. Onou on July 2, 1992. White money BBNaija is a business man and versatile entrepreneur.

He is a multi-talented young man who made it from the streets of Lagos to the biggest reality TV in Africa – Big Brother Naija.

Is Whitemoney a graduate?

According to White money, he does not have a university degree, he stopped at NECO level. However, his two siblings and brothers are very well educated.  Despite not being a graduate himself, WhiteMoney plans to marry a well-educated woman and train his kids to have the best of education.