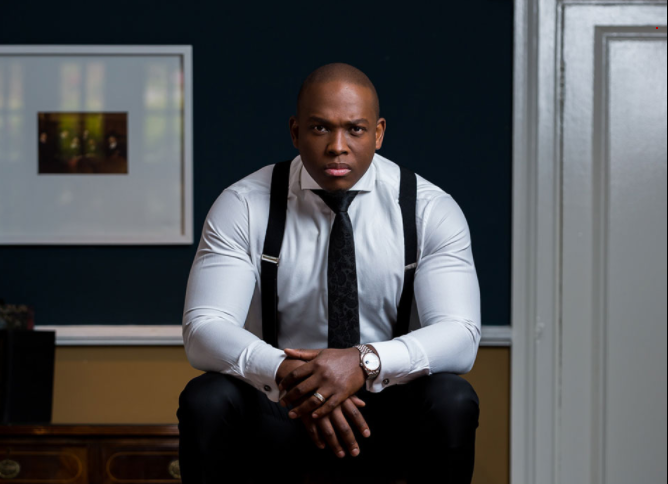 Vusi Thembekwayo is a South African venture capitalist and entrepreneur. He was born on the 21st March 1985 in Benoni on the East Rand of Gauteng Province, South Africa.

Ranked number 1 in public speaking at the age of 17, Vusi went on to receive third place in the world at the English-Speaking Union International Competition. He is one of the youngest most successful Africans today and his story is indeed inspiring.

Vusi Thembekwayo’s career started when he recognized his God-given talent in public speaking from a very early age. It has been said that by the time he was 17 years, he was already ranked as one of the best in the African continent for motivational speaking.

Coming from an ordinary background, life was difficult at times for him, but he managed to get a good primary and secondary education. Once he finished his matriculation, he enrolled at university but dropped out in his first year due to a lack of finances. 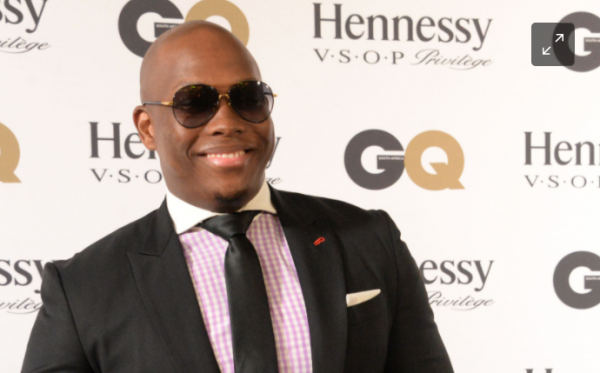 This did not stop him though, it actually made him make other plans. Vusi started looking for a job in shopping malls in the East Rand of Johannesburg in shops and any other potential place of employment.

Biography of Vusi Thembekwayo: All You Should Know About it

Nothing proved to come out of this. However, he continued horning his oratory skills. He was good at talking in public and convincing people and would use that to his advantage in the years to follow.

Having realised the difficulty of finding a job, he then used this personality trait coupled with his international networks (acquired through public speaking in previous years) and mobile phones to his financial advantage.

Vusi started recruiting apprentices in South Africa for jobs based in England and Australia. This initiative led to the creation of his first company called Global Professionals South Africa, which then created a global recruitment agency which he operated from the comfort of the four walls of his bedroom.

Vusi Thebekwayo then sold part of his business to a digital agency based in Johannesburg to digitize the business. Too early for the digital revolution and with poorly chosen partners, Vusi quickly left the company and the money. 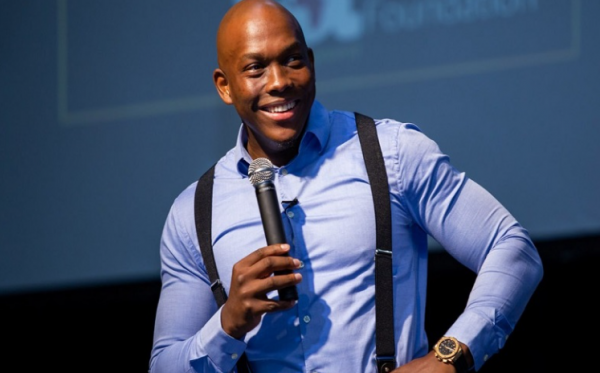 However, at the age of 22, Vusi had the opportunity to change his life: he was offered a position in a corporate finance company.

Here, he refined his skills in corporate finance and became one of the finance lever guys in the team. He combined his financial skills with public speaking and after a commitment to speak, he moved away from the event with a job offer.

Vusi Thembekwayo became an executive at Metro Cash and Carry, one of Africa’s largest consumer goods companies, where he started, developed, and managed a multi-million-dollar (40 million Rand) portfolio.

Vusi has been the catalyst for change in businesses across the globe through expertise in strategy, leadership, and sales.

Vusi Thembekwayo attended Benini High School for his secondary education. During this time, he got pushed back 2 years because he did not know how to speak Afrikaans. 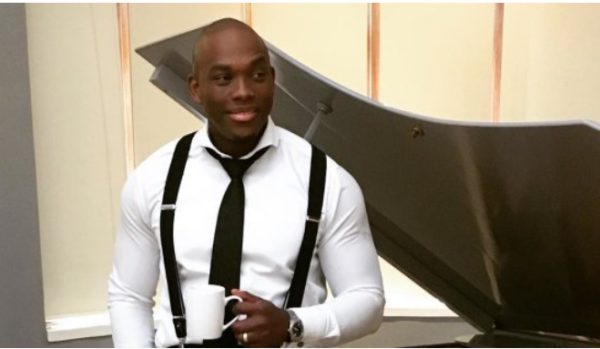 Biography of Vusi Thembekwayo: All You Should Know About it

Regardless of his achievements, Vusi never stopped learning. In 2009, he completed the Advanced Management Program at Commerce Wits University. Later, he joined the University of Pretoria GIBS and learned modeling and financial evaluation techniques.

He then did Corporate Finance (Advance Valuation), Financial Modelling, and Valuations from INSEAD. This was from 2011- 2012. He then did an Executive MBA (Dean’s list), Business/ Managerial Economics from Ashridge Executive Education in Hult International Business School from 2015 till 2017.

Vusi Thembekwayo’s debut book, the Magna Carta of Exponential was launched in Barcelona, Spain in 2017. It sold 6,000 copies on the day of launch. His follow-up book, Vusi – lessons from a Black Dragons is a multi-award best-seller available on audible & Kindle. 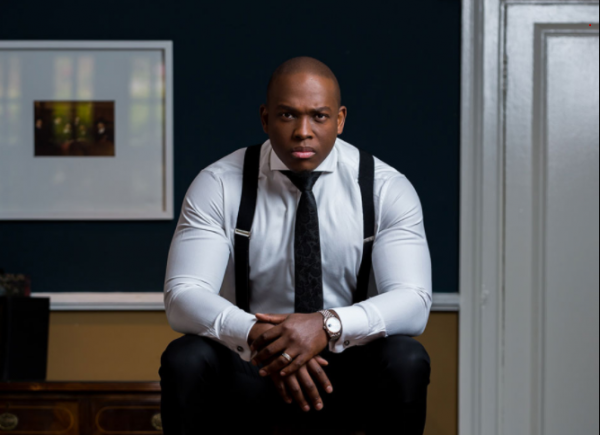 Vusi Thembekwayo is making waves internationally as a thought-provoking young business leader from the continent with many ideas on solving economic issues in Africa. His mission is to change the African narrative by challenging the mindset and approach towards achieving economic freedom.

Vusi launched his podcast Ideas that matter in November 2013 and since then, the podcast has dozens of episodes already. His podcast shows are very informative, educative, and insightful. Some of the topics he has explored are Joy, The Veblen effect, Clarity, The genesis, elevation, etc.

You can find all his podcast episodes here

“If you want to be successful, you need to be utterly obsessed. You need to reply to customer queries after 5pm on a Friday.” 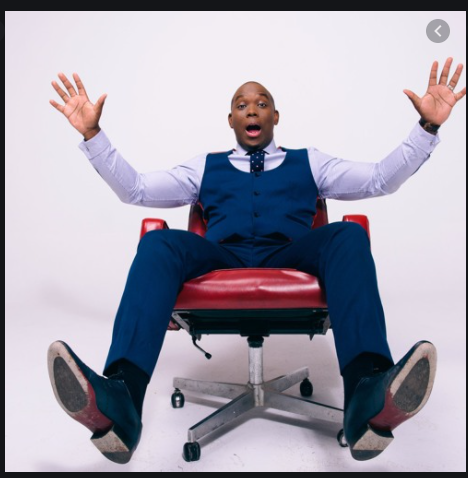 Biography of Vusi Thembekwayo – Net worth

Vusi Thebekwayo’s net worth has been an unresolved mystery as nobody can say for sure what his monthly take-home is, one thing we are sure of is, it’s an enormous amount if we are to go by his recent business activities and his speaking career. 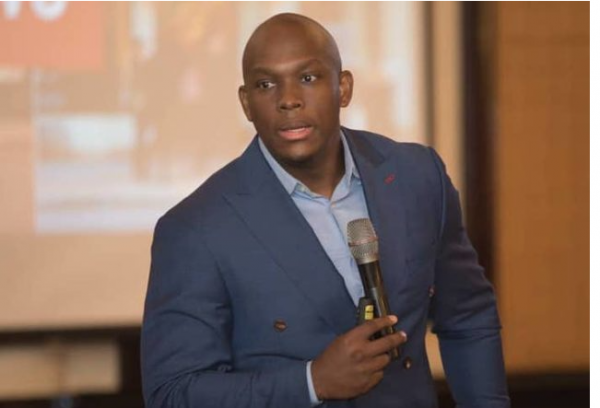 His current net worth as of the time of writing this article is also unknown. Many publications have speculated some ridiculous figures, but as a private investor, it remains a mystery how much he is worth.

Thembekwayo continues to wax stronger in all aspects of his career and personal life.

That’s it about the Biography of Vusi Thembekwayo: All You Should Know About it.

As always, if there is anything I didn’t touch on in this post, feel free to let me know in the comment session.

Also, let me know if there is anything you want me to talk about in the blog or my YouTube channel.

Do you want to make money right from your campus and start building a successful life from school?