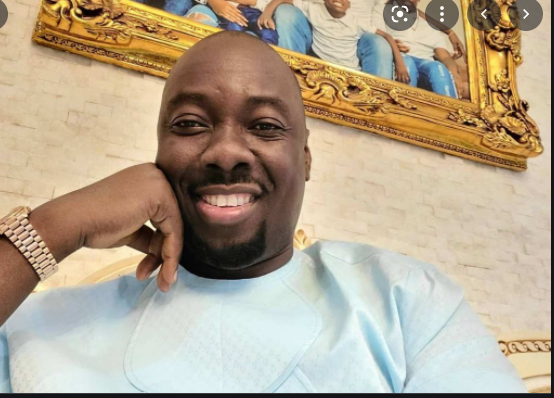 Today’s spotlight is on Obi Cubana, the CEO, and chairman of the Cubana groups, a hospitality brand dealing in Restaurants, Hotels, and Nightclubs. We hope the story of Obi Cubana inspires every young Nigerian who works hard daily to be successful one day.

If Obi Cubana can do it, then you can do it too.

Obi Cubana is a billionaire businessman, entertainer, entrepreneur, philanthropist, and show killer. He is the chairman and the owner of the popular Cabana groups. Cubana is one of the richest young wealthy businessmen in Nigeria of Igbo extraction who is making not only Nigeria but the entire Igbo land very proud. 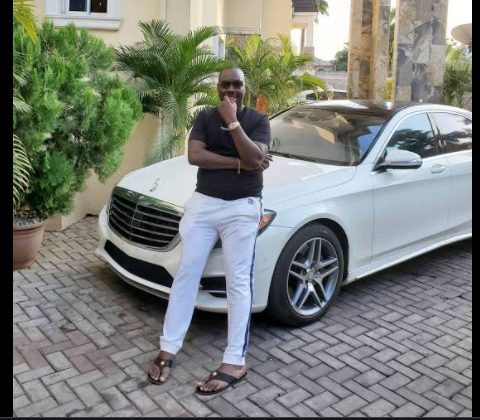 Obi Cubana was born on April 12, 1975, in Oba, a community in Demili-South Local Government Area in Anambra State, Nigeria. Upon his birth, he was named Obinna Iyiegbu, he would later in life be better known by his nickname – Cubana.

Cubana is married to the beautiful, elegant, and brilliant woman, Mrs. Ebele Iyiegbu, and the family is blessed with four handsome sons. Obi Cubana is a very family-oriented man and he never stops showing the world his beautiful family. 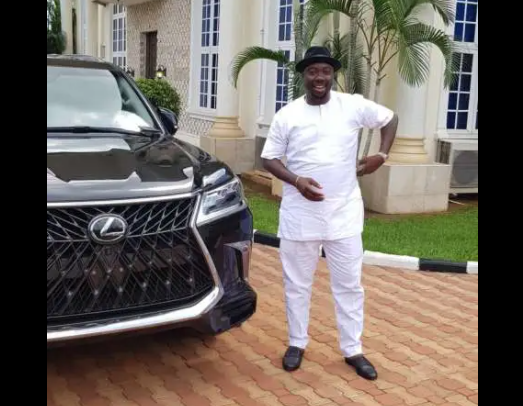 Obi Cubana was born in Anambra state in Nigeria, Oba community in Demili-South Local Government Area precisely. He was born to the family of Mr. and Mrs. Iyiegbu. Cubana has siblings of which his brother Ikenna Iyiegbu is much known among them all. Cubana’s brother Ikenna is also a socialite and a member of the Cubana family. 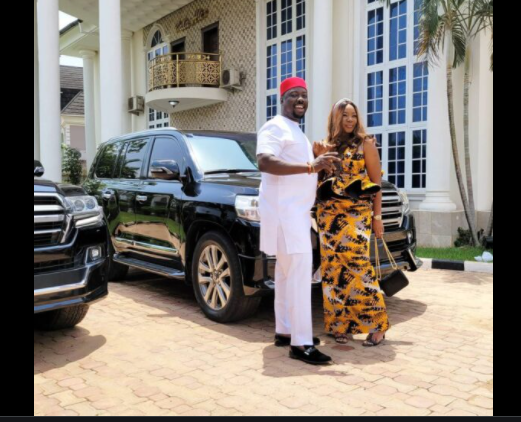 Obi Cubana is not just a successful businessman and entrepreneur; he is also very well-educated. Obi Cabana attended Central Primary School where he obtained his First School Leaving Certificate.

He then went ahead to have his secondary school education in Dennis Memorial Grammar School Onitsha where he obtained his West Africa Senior School Certificate (WAEC).

After completing his secondary school, Obi Cubana proceeded to the university in 1998. He attended the University of Nigeria Nsukka for four years after which he obtained a degree in Political Science.

Soon after graduating from the university, Obi Cubana soon started his small business which would in a few years to come to be one of the largest hospitality companies conglomerate in Nigeria.

In 2006, Obi Cubana took his first leap into the hospitality/entertainment business. He started his first club Ibiza Club in Abuja mainly to satisfy the desires of fun-seekers and nightlife lovers.

Following the progress he made from his first club, Ibiza Club, in 2009, he established the Cubana group, a hospitality club that provides all-around entertainment satisfaction. 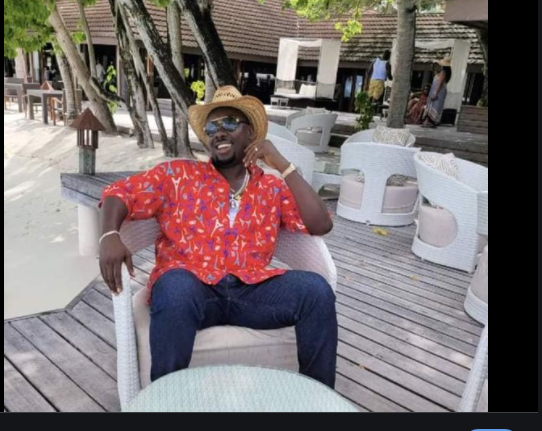 Cubana group was first established in Owerri, Imo state capital of Nigeria which happens to be one of the entertainment capitals of the eastern states in Nigeria.

Over the years, Cubana has managed to grow the business immensely attracting fun lovers and night-lifers from across the country to experience what it means to have fun. Today, Cubana has spread across various states and cities in the country including Lagos, Abuja, and Enugu.

Obi Cubana during the course of his successful career has also empowered many young Nigerians who he finds promising and shows promise. He doesn’t hesitate to bring such industrious young Nigerians to join his team in his business. 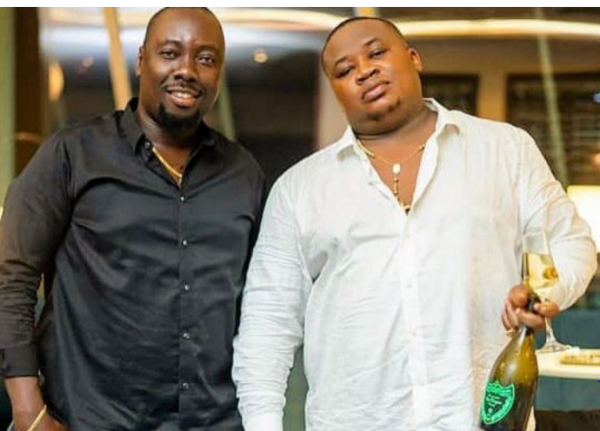 One of such people is Pascal Chibuike Okechukwu popularly known as Cubana Chief Priest. Until recently, Pascal Chibuike served as Obi Cubana’s manager and they had a very good working relationship throughout their time together.

After many years of services to Cubana, Pascal Chubuike has also started his own club and bar business in Owerri and his business is fast growing.

Lucky Luciano is another person who has also been with Obi Cubana. Lucky is the executive director of Cubana Group. He is popularly known as Cubana Prime Minister. 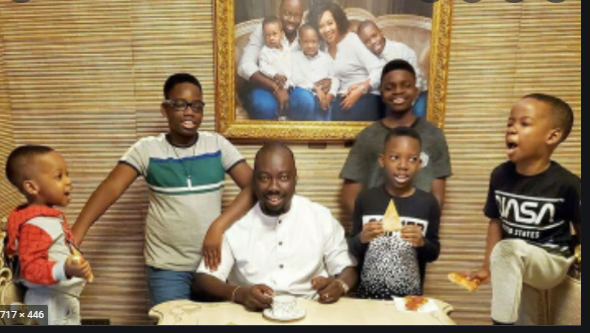 As one of the most successful young business owners in Nigeria, Obi Cubana has won many awards and recognition from across the country and beyond. Some of the awards Obi Cubana have been won include but not limited to the list below:

Democracy Heroes Award 2018 as Democracy Entrepreneur of the year.

Young Entrepreneur of the year 2016

Obi Cubana is currently one of the richest and the most influential youth, entertainers, show promoters, and entrepreneurs in Nigeria, his net worth is estimated to be $500 Million dollars as of 2021. 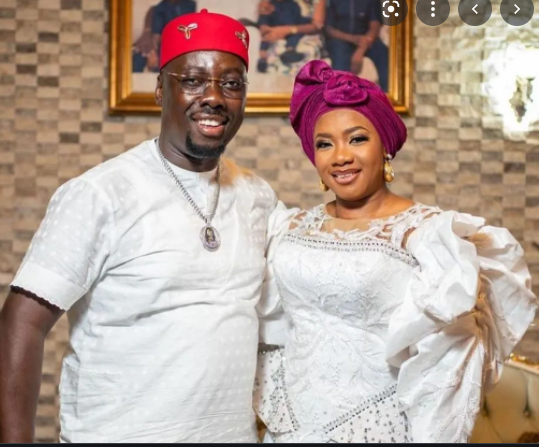 Obi Cubana’s wife is the beautiful Mrs. Ebele Iyeigbu. She was born in 1979 in Obosi, Anambra State, Nigeria. The couple got married in 2008 and since then, the family has grown and their love keeps flourishing.

Ebele Iyeigbu is a lawyer by profession and the founder and owner of the KIEK foundation, a non-governmental organization established with the aim of improving the lives of the less privileged children in our society through quality education, healthcare, nutrition, and child’s rights governance. 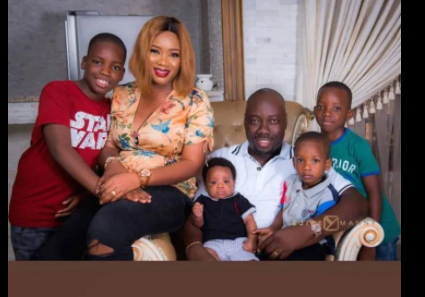 Cubana’s wife also serves as the director at Casa Cubana homes and a legal partner at Bryan Micheals & Associates. Cubana and his wife, Ebele are blessed with four handsome kids, all boys – Alex, Ifeanyi, Ebube, and Kosisochukwu.

Their kids attend some of the best schools in Nigeria.

Obi Cubana is currently one of the richest and the most influential youth, entertainers, show promoters and entrepreneurs in Nigeria right now. His current net worth is estimated to be around $500 Million dollars as of the time this post was published.

Other facts about Obi Cubana

How does Obi Cubana make his money?

Obi Cubana makes his money from his businesses which revolve around hospitality and entertainment. He is the founder and CEO of Cubana group a palatial ecstatic hospitality brand dealing in Restaurants, Hotels, and Nightclubs. Cubana is one of the richest and most successful young business owners in Nigeria today.

How rich is Cubana chief priest?

Obi Cubana is currently one of the richest and the most influential youth, entertainers, show promoter and entrepreneur in Nigeria right now. His current net worth is estimated to be around $500 Million dollars as of the time this post was published.

How did Obi Cubana start his business?

In 2006, Obi Cubana took his first leap into the hospitality/entertainment business. He started his first club Ibiza Club in Abuja mainly to satisfy the desires od fun seekers and nightlife lovers. Following the progress he made from his first club, Ibiza Club, in 2009, he established the Cubana group, a hospitality club that provides all-around entertainment satisfaction.

ABOUT US
Grooming African Students for Success Beyond School
FOLLOW US
©
error: Content is protected !!
MORE STORIES
BUSINESS IDEAS

Top 31 Best businesses to start with little capital in Nigeria