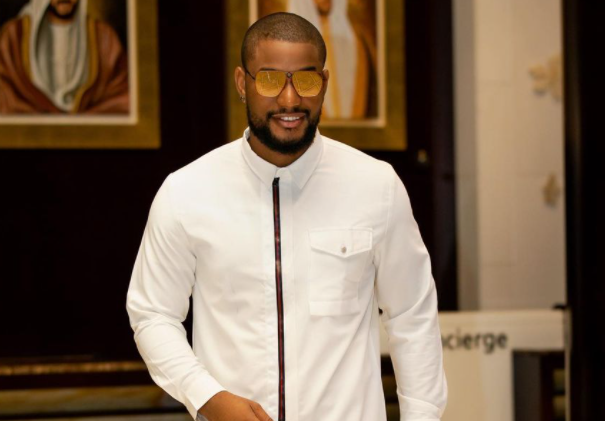 When you come across Alexx Ekubo for the first time, his talent may not be the most striking to you, but one thing that you can’t but notice is his damn good looks.

In fact, many who have seen Ekubo have often said that he looks far more handsome in real life and that his pictures hardly do justice to his looks. Little wonder his female fans keep nurturing fancy hopes in vain.

Enough of the mundane stuff, who really is Alexx Ekubo?

Alexx Ekubo is one of the leading and popular figures in the Nigerian entertainment industry and movie industry – Nollywood.

He is an actor, model, master compere, movie producer, media personality, and brand influencer with millions of followers on Instagram and other social media platforms.

He is also referred to as “Johnny” from the popular Yemi Alade Song “Johnny” which has close to 100 million views on YouTube, thereby making it the most-watched music video out of Africa. 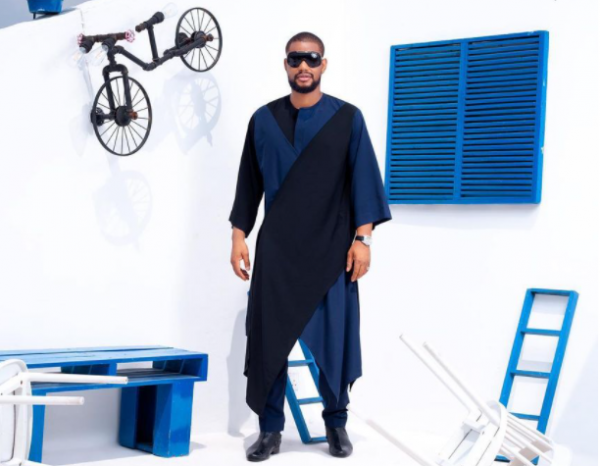 His good looks, fashion sense, and great sense of humour are some of the qualities that many fans especially female fans admire about Alexx.

Over the years, Ekuba has successfully built his career in acting through hard work, persistence, and by diligently honing his skills and talent. Below are details about Alexx Ekubo’s biography.

Biography of Alexx Ekubo – Background and place of birth

Alex Ekubo was born Alex Ekubo-Okwaraeke on 10 April 1986 is a Nigerian actor and model.

He was born in Port Harcourt where his family lived at the time and where he had his formative years as a child growing up. However, Alexx Ekubo originally hails from Ujari Village, Arochukwu, Abia state Nigeria.

Growing up, Alexx Ekubo had the opportunity to travel to live in different parts of Nigeria as a result of the nature of his dad’s job. This afforded him the opportunity to be a fluent speaker of Igbo, Hausa, and English languages.

Alex is from a family of five with three adorable siblings.  He grew up in a close-knit family. 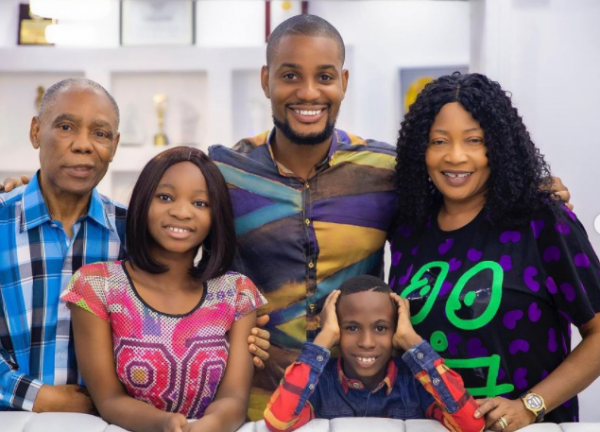 Growing up, his family at first lived in Port Harcourt.

However, due to the nature of Alexx dad’s job, the family later moved to Kano and then to Lagos.

Ekubo started kicked started his career in film with a debut that was a minor role in Lancelot Oduwa Imasuen’s Sinners in the House (2005).

A few years after, he saw a major breakthrough in his modeling career when in 2010, at 24, Alexx Ekubo became the second-runner up in the Mr. Nigeria contest.

The Mr.Nigeria platform helped Alex to reach a wider audience and helped him to advance his movie career. The actor still represents different brands on the runway, thus juggling modelling, acting and numerous other endeavours, little wonder Alexx Ekubo is worth over $1million. 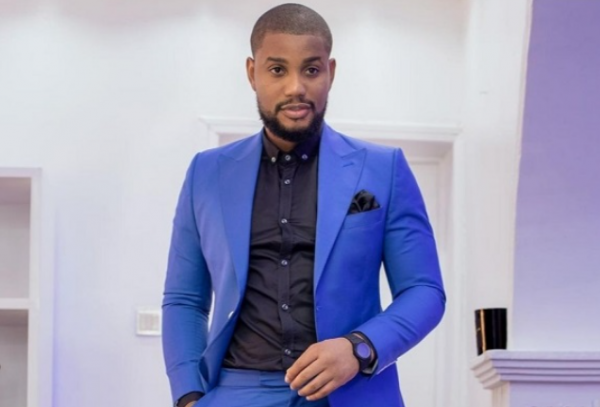 His first major role in Nollywood was in Ladies Men several years after his debut in 2005.

Alexx Ekubo is many Nigerians’ favourite actor with his unique sense of humour in movies and how he interprets his roles seamlessly.

From the notorious playboy character to the sweet lover-boy or street gang-star, Ekubo has played so many intriguing roles in his movies and no doubt, he usually nails all his roles.

Alexx Ekubo has featured in over 80 films since his debut in 2005 as an undergraduate at the University of Calabar. Some of the movies Alexx Ekubo has appeared in since he started his career as a Nollywood actor include but no way limited to:

As a child, Alexx attended K.Kotun Nursery and Primary school, Lagos, before proceeding to Katsina State where he had his secondary education. Alexx Ekubo attended Federal Government College Daura in Katsina State. 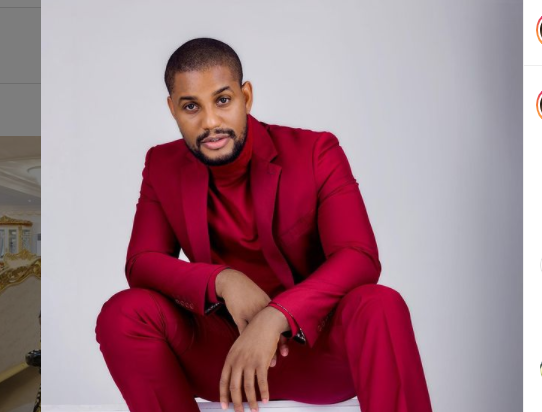 Even though a lot of female fans have their eyes on Ekubo, he is a mature man who may soon be getting married.

For now, however, Ekubo has not officially announced himself as a married man and we have no evidence to suggest that Ekubo is actually married.

Alex Ekubo will be walking down the aisle soon after the Nollywood actor proposed to his longtime love, Fancy Acholonu over the weekend of first week of May 2021.

After she accepted, the Fancy took to her Instagram to share the good news. “…& I said YES to the Love of my life @alexxekubo 💍❤️ #Falexx.” 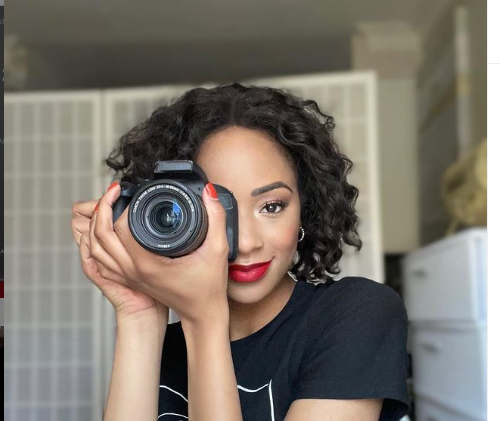 Fancy Acholonu is a model and actress from Los Angeles whose parents are Nigerian. She was raised in Nigeria and schooled in the United States.

She owns many companies, including a jewelry company and ‘The Fancy Kidz,’ which offers modelling and acting workshops for children.

Congrats to the couple!

Now that the public is aware, Alexx Ekubo took to his Instagram page on Saturday to thank his fans for their congratulatory messages and share hints on his wedding date. 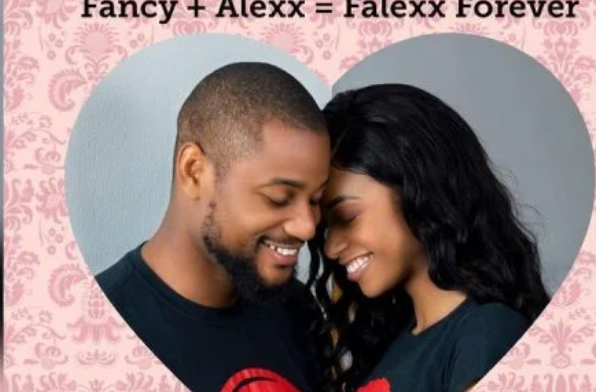 “On Monday 10th May, we would be officially announcing our wedding dates, happening this year,” the actor revealed.

The actor on Monday announced his wedding date with his fiancée.

Is Alex Ekubo an Igbo guy?

This is one of the questions asked about Alexx Ekubo. A lot of people want to know if he is an Igbo guy or from other parts of the country. Yes, Alexx Ekubo is an Igbo guy and he hails from Arochukwu in Abia State eastern part of Nigeria.

Is Alex Ekubo from Akwa Ibom?

Alexx Ekubo is said to currently worth $ 1.2 million, an equivalence of N600 million.

Although this figure has not been confirmed by him, it is hardly surprising as the actor has many streams of income including but not limited to acting, brand ambassadorship, MC, producer, etc.

Alexx has been the face of several major brands and has been awarded and recognized by the First Lady of the Federal Republic of Nigeria for its best contribution to the development of Nigeria’s entertainment industry.