Adebola Williams is by all standards an exceptional African youth.

Born on 7th March 1986, the 33 years-old entrepreneur has achieved feats many of his contemporaries may not be able to match.

Adebola Williams represents a generation of Africans who not only desperately clamour for change but are actively making the desired change happen.

One thing that differentiates Adebola Williams from most successful young Africans is that he started pursuing his career at an unbelievably young age.

At about age 15, Adebola began his career in film.

Unknown to him, that very attempt at film would usher in many great opportunities and enviable successes a few years later.

Debola Lagos, as he is popularly known, is arguably the voice of the new tribe of Africa.

In 2005, at the age of 19, Debola and his co-founder Chude Jideonwu started Red Media.

It is amazing how big and successful Red Media has grown birthing many laudable initiatives for the benefit of the African youth.

It beats all imaginations that an initiative started by mere teenagers would grow to become an organization reckoned with home and abroad.

Adebola Williams thus exemplifies the wisdom in the “start it young” campaign.

There is never a time too young to start anything that will be successful, even at school.

Adebola Williams’s story is indeed an inspiring message to any young person who wants to achieve success.

He is proof that success is always attainable, status; background and colour regardless.

His story is that of possibilities amidst impossibility.

Possibility achieved in a country that is largely perceived as impossible.

Indeed if Debola could do it, all of us can do it.

There are indeed a lot of other things about Adebola William’s biography that is worth knowing.

Here are some of them:

According to an interview granted Adebola William, as a child, his family was wealthy but before the age of 9, his family lost everything.

As a young child, Debola Williams had dreams of becoming an actor.

He grew up reading lots of books.

As early as age 14, he was always on set of looking for roles because he really loved acting. Soon, he got two roles in two soaps operas that never saw the daylight.

He also did stage acting where he was paid 100.

At age 15, he started working with a psychologist as his assistant without any qualification.  He was not paid.

Adebola Willaims also worked with NTA as a teenager for three years and was paid only after the first year.

Adebola Williams got many volunteering experiences which looked good on his CV and attracted employers to him later in his career.

He then got a job with Economic Watch as a producer and that job gave him a lot of exposure.

His experience with the psychologist and his experience at NTA gave Adebola Williams the foundation he needed to build on later in his life.

In 2005, he co-founded Red Media Africa with Chude Jideonwu.

RED Media is a network of media companies focused on Africa’s youth. It is the umbrella company of Yproductions, RED Communications, Statecraft and The Future Award.

RED communications is a PR firm. They work with clients like Guinness, British Council, House of Tara and others.

Statecraft is the governance communication arm of RED Media.

They were the creatives behind the Buhari’s 2015 presidential campaign that won him the seat.

That victory was replicated for Ghanaian President Nana Akufo-Addo in 2016.

The Future Award given by The Future Project is an annual award that celebrates African youths between the ages of 18 and 31 who have made outstanding achievements.

The first The Future Awards ceremony was held on February 6, 2006, at the Muson Centre in Lagos to honour the outstanding achievements of the 2005/2006 season.

Kenny Blaq and Nancy Isime won the Future award for comedy and On-Air Personality of the year (visual) respectively.

Adebola Williams went to London School of Journalism and the Pan African University.

Adebola Williams spoke in the closing session of the Obama Foundation Summit in 2017.

Adebola Williams spoke in the closing session themed “Collective Power” and earned a standing ovation from the crowd, including Barack Obama after his speech.

He is a member of the African Leadership Network, a British Council Global Change maker and sits on the boards of Slum to School Africa and Chairs the board of Young Entrepreneurs Network.

Adebola Williams has been named by the UN as one of 100 Most Influential People of African Descent.

He was named CNBC Young Business Leader of the year, Forbes 30 under 30, and BusinessDay 40 Under 40. In 2017, he was named “Evangelist of The Future” at the businessC4F Davos Award.

Who are Adebola Williams’s Parents?

For someone who is a co-founder of RED Media, a company that has several other leading firms under its umbrella, you can imagine that Adebola William would be living “the good life” by now.

He has a signature style of red cap and white native dress which he wears to almost all sorts of occasions.

Even at the Obama Foundation Summit in 2017, apart from the fact that he gave an amazing speech, he looked absolutely stunning in his white native dress and a red cap to complete it.

Adebola Williams is also a socialite. If you attend events where celebrities, top politicians and other important people attend, watch out for a red cap, you might just stumble on Debola Lagos one of these days. Lol.

Adebola William is not married but has lots of friends among the beautiful, brilliant and successful young African ladies.

So, let’s keep our fingers crossed.

Meanwhile, join our growing community of innovative students on Instagram

Meet Ifedayo Omoleye, @ifedayo.x Ifedayo is a student of OAU and one of the most talented photographers on his campus who has allowed his love for 📷 to metamorphose into a profitable enterprise. Are you a Nigerian student and at the same time an entrepreneur? What are you waiting for? Join the largest community of Student entrepreneurs in Nigeria and get featured on our platform. Click link in bio to register👆 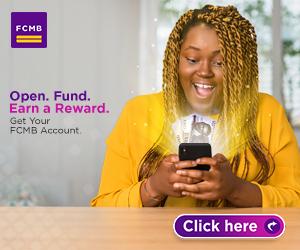