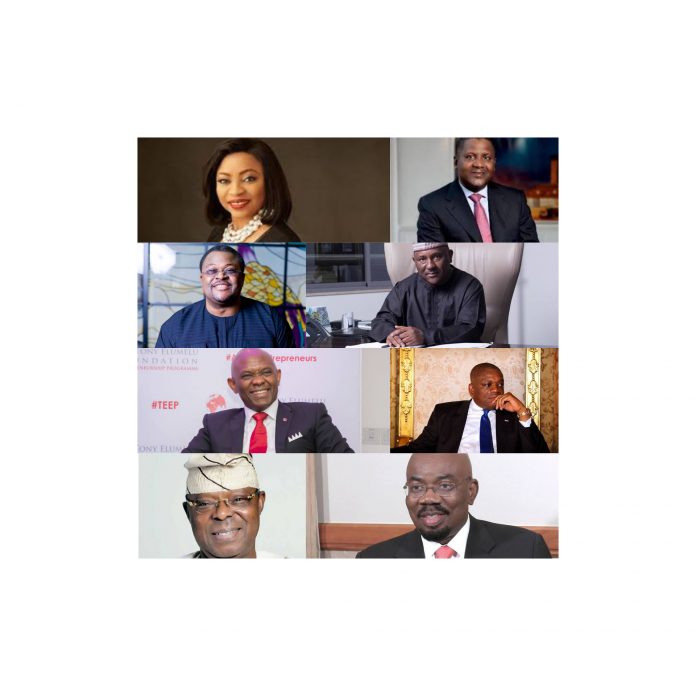 Who are the richest entrepreneurs in Nigeria in 2019?

This is our annual updates of the richest entrepreneurs and businessmen and women in Nigeria, the 2019 edition.

Nigeria is home to the richest man in Africa and other successful entrepreneurs in the continent of Africa.

In the year in view – 2019, there are some entrepreneurs who have become millionaires in Nigeria and others who have retained their billionaire titles. 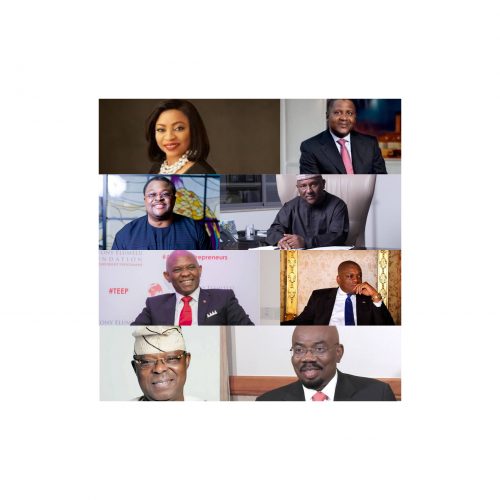 The good thing though, is that there is hope for many other entrepreneurs in Nigeria who wants their businesses to become very successful too. With hard work, consistency and patience, they will surely get to their desired destination someday.

So who are the richest entrepreneurs in Nigeria for the year 2019?

Well, it seems like it’s still the same old faces but hey, there is room for every hard-working entrepreneur to make it to this list someday soon.

Here are the richest entrepreneurs and businessmen in Nigeria in 2019.

Aliko Dangote is the richest man in Nigeria.

He is a Nigerian business magnate, investor, and owner of the Dangote Group, which has interests in commodities in Nigeria and other African countries.

Mike Adenuga is a Nigerian billionaire businessman and the second-richest person in Africa.

His company Globacom is Nigeria’s second-largest telecom operator and has a presence in Ghana and Benin. He owns stakes in the Equitorial Trust Bank and the oil exploration firm Conoil (formerly Consolidated Oil Company).

Origin of wealth: oil and gas

Femi Otedola is a Nigerian businessman, philanthropist, and chairman of Forte Oil PLC, an importer of fuel products. Otedola is the founder of Zenon Petroleum and Gas Ltd, and the owner of a number of other businesses across shipping, real estate and finance.

He has recently invested in power generation as part of the liberalisation of the sector in Nigeria.

In 2014, she temporarily unseated Oprah Winfrey as the richest woman of African descent in the world.

She is involved in the fashion, oil, real estate and printing industries.

She also has a majority stake in DaySpring Property Development Company.

Origin of wealth: Oil and Gas and Manufacturing

Abdul Samad Rabiu is one of the richest men in Nigeria. He is a Nigerian businessman and billionaire. His father, late Khalifah Isyaku Rabiu was one of Nigeria’s foremost industrialists in the 1970s and 1980s.

Abdul Samad is the founder and chairman of BUA Group, a Nigerian conglomerate with interests in manufacturing, infrastructure and agriculture with revenue in excess of $2.5 billion.

He is also the chairman of the Nigerian Bank of Industry (BOI).

Origin of wealth: Oil and Gas

He was also Minister of Defence under President Olusegun Obasanjo’s administration. Danjuma is chairman of South Atlantic Petroleum (SAPETRO).

Tony Elumelu is an economist, entrepreneur, and philanthropist. He is the chairman of Heirs Holdings, the United Bank for Africa, Transcorp and founder of The Tony Elumelu Foundation.

Jim Ovia is a Nigerian businessman. He founded Zenith Bank in 1990. He is one of the richest businessmen in Nigeria.

Orgi Uzor Kalu is one of the richest Nigerian businessmen and politicians.

He is the chairman of SLOK Holding and the Daily Sun and New Telegraph newspapers in Nigeria, who served as the governor of Abia State, Nigeria from May 29, 1999, to May 29, 2007.

Kalu was also a member of the Peoples Democratic Party (PDP), Progressive Peoples Alliance (PPA) and the chairman of the PPA Board of Trustees.

He was the party’s presidential candidate in the April 2007 general election. He is currently a member of the ruling party after he officially announced his resignation as a PPA BOT.

Oba Otudeko is a businessman who serves as the founder and chairman of the Honeywell Group.

He also serves as chair of FBN Holdings and founder of the Oba Otudeko Foundation.

So there you have it. Those are the names of some of the richest businessmen and entrepreneurs here in Nigerian in 2019.

Did we omit anyone who should have made the list? It’s your turn to add them in your contributions in the comment section.

Apply for The IDEX Fellowship Program 2021

Ideaslane.com is the No1 youth and student development platform in Africa
©
MORE STORIES
OPPORTUNITIES